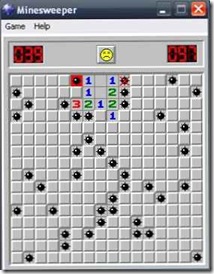 Have you ever played minesweeper? You know, that game with the smiley face on any Windows PC? Most people know about it, as in, they know it exists, but far fewer actually know how to play it. Besides randomly clicking on boxes (which can sometimes lead you to victory by chance on beginner), there is reason and logic built into the game.

Which of these do you identify with?


I've chosen to focus on logic this fall in my Saturday morning SMART Academy classes for a few reasons: