Are The Chicago Cubs About to Be Historically Bad?

I have a student in one of my AP Stats sections that is a Cubs fan. Its usually a great opportunity to build relationship with him (and the others) by harassing him about how bad they are.

It's in good fun. And educational.


He was telling the class today about the Cubs 4-10 record through the first 14 games of the season. It sounds bad, and it is, but since we know significance tests now, I thought it'd be fun to through their preseason projected win percentage (.413) against their current (.286) to find the chances of a win percentage that low, assuming that the original .413 was close to correct. 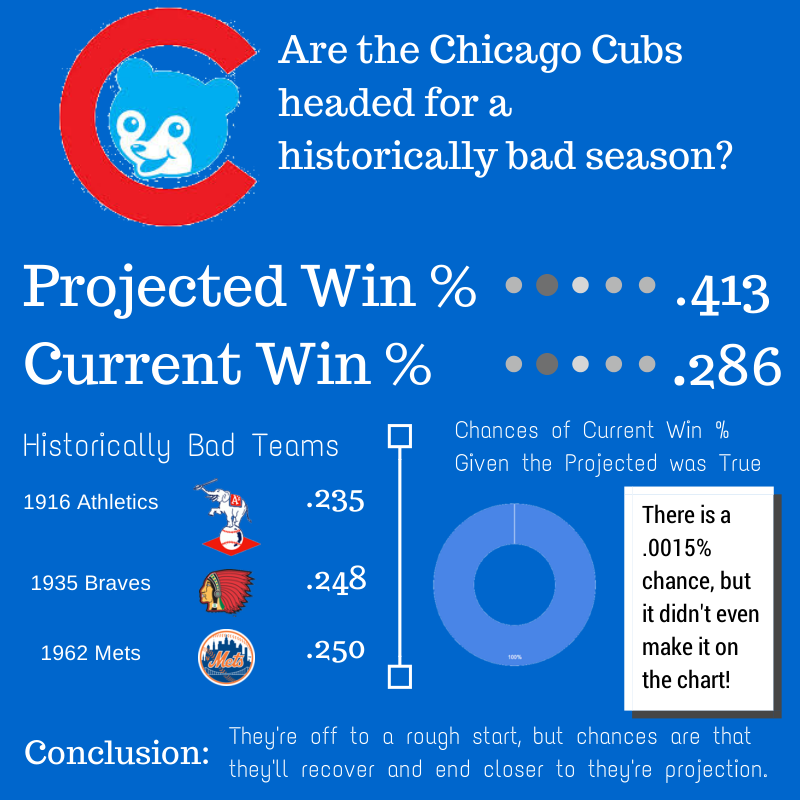 Methods
1. Refer to preseason final standings projections from mlb.com to find the Cub's projection along with the other 30 MLB teams.

2. Find the standard deviation of all the team's projections using a spreadsheet. 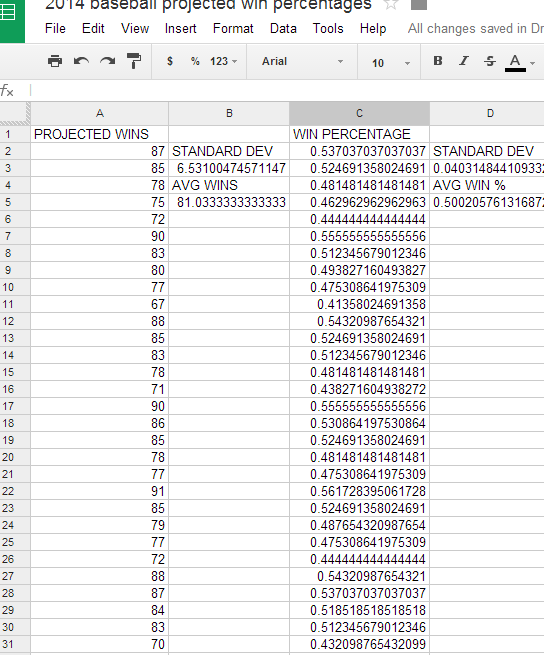 3. Use the standard deviation of win percentage, projected win percentage, and current win percentage values to find the z-score and corresponding p-value on the normal curve. Our's calculated to .0015%. That's the likelihood of the Cubs having a win percentage that low, assuming the original projection was correct.

So what's happening here?
We probably shouldn't rule out that the Cubs could be worse than their projected win percentage, but with the team only 9% into the season, its certainly too small a sample size to declare that the team is headed to a historically poor season.