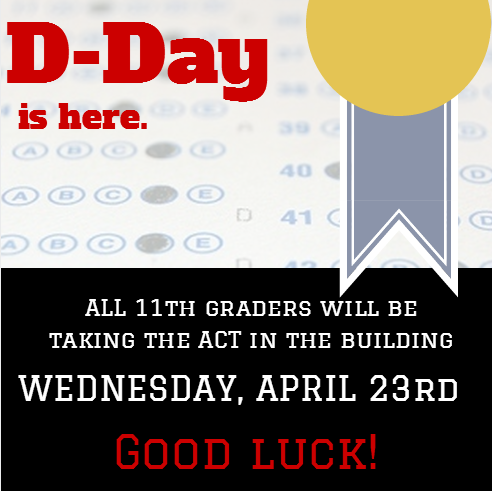 Our district is administering the ACT to all 1200+ juniors during the school day tomorrow, so its been on our minds even more than usual around here. Love it or hate it, the ACT and standardized tests like it are not leaving the American educational landscape anytime soon.
I've been reflecting on the explicit and implicit information that preparing for, taking, and interpreting the test's results gives us and our students, so I wondered, does it rock, or does it suck? Today, in Part 1, I'll explore 5 ways the ACT rocks. 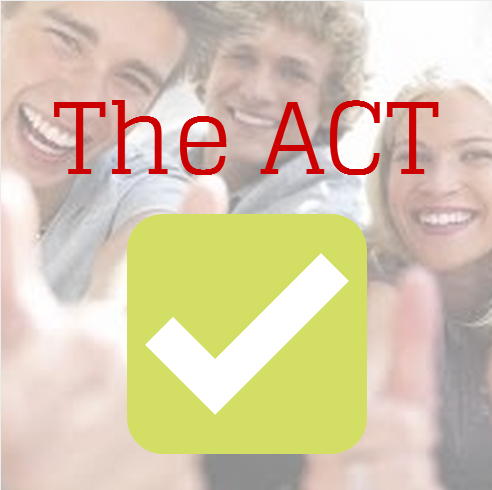 1. Comparisons between individual states, districts, schools, and even students.
Because the ACT eliminates factors that can be tweaked and fiddled with locally such as letter grade scales, state assessment rules, GPAs, and general grade inflation/deflation, it allows for more straightforward comparisons. A solid ACT score from a student coming from a weaker district takes any asterisks off a transcript that a selection committee may be tempted to apply to a student.

2. The ACT as a set of national standards.
The ACT (and SAT) have served as a sort of national "standards" since long before states began adopting the common core. "Adoption" is truly optional relative to any given state's emphasis on tracking scores or the universities within that state emphasizing it in admittance guidelines. Along with the SAT, it even competes in a dynamic similar to the two consortia dedicated to administering common core tests for students (Smarter Balanced and PARCC)

3. Empowering students to evaluate their own learning.
More than letter grades or standards, the ACT gives students a benchmark by which they can measure their own learning progress or quality of learning. Sure, there may still be an element of "I don't test well," to factor into the discussion, but after several attempts a student's score should be relatively representative of what they have learned in high school.

4. Initiating Goal Setting
Improving their ACT score is some students' first practice in goal setting. "I want a score of ____ on the ACT" is even just an intermediary goal to larger, long term goals. Career goals beget college choices. College choices beget ACT goals for admittance requirements. Admittance requirements beget higher ACT goals for scholarships at that student's particular school of choice. I've seen many students dramatically change their focus on the ACT (and school in general) after they found out they were probably unlikely to get into a school they were hoping to attend.

5. Encouraging Self-Discipline
Beyond (but related) to goal setting, improving their ACT score is some students' first practice in self-discipline. You don't wake up on exam day and expect to meet your new goal. Like improvement in anything, it takes the time and consistency of practice and sacrificing of other, more "fun" choices. Especially for students that don't play sports or a musical instrument, reaching for an ACT goal gives real practice in what it takes to dream a dream and see it through.