One of the first things I realized after becoming a math teacher in my very first Algebra 1 summer school course was that students love to cross multiply. You stick a fraction on the board and ask something like, "Okay, what next," and you will most certainly get some kids that are dying to cross multiply.

Kids that only know how to cross multiply love to get exercises like this:

And they're probably even pretty comfortable with this:

But things might start to fall apart sometimes when students have to set up the proportions themselves in a situation not neatly laid out for them in "word problem" format.

Here are two such attempts that I used in my Algebra 1 class this past week. One is about troop reduction in Afghanistan, and the other is about "total percentage of weight loss" and trying to win the reality show The Biggest Loser. 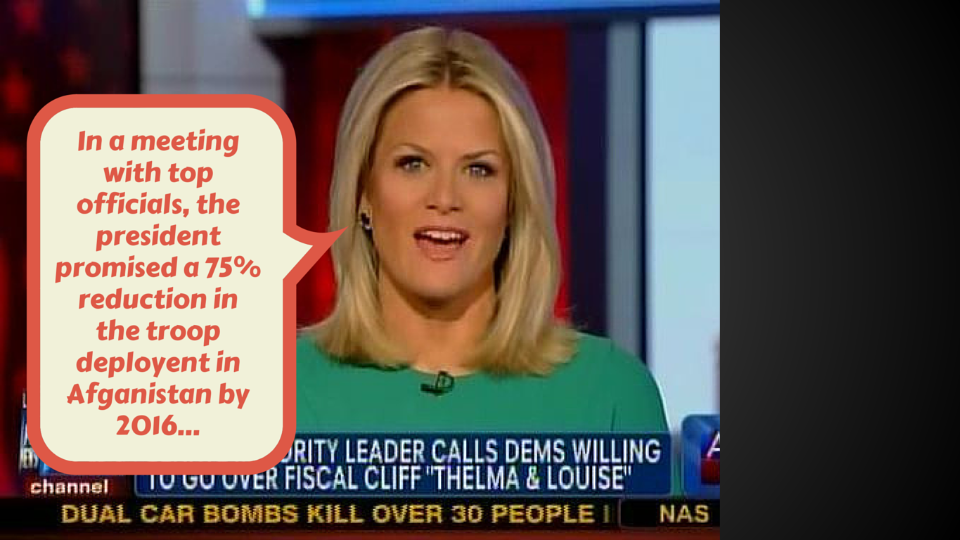 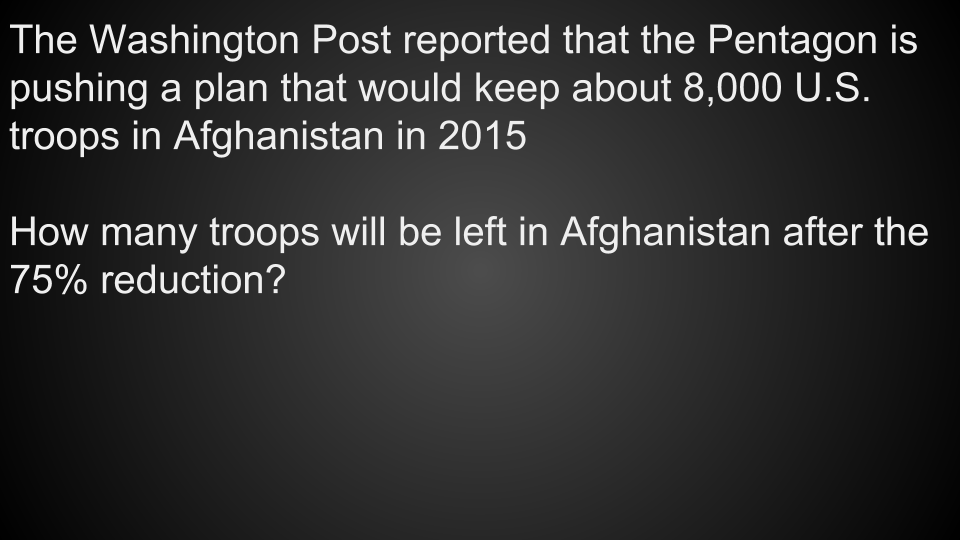 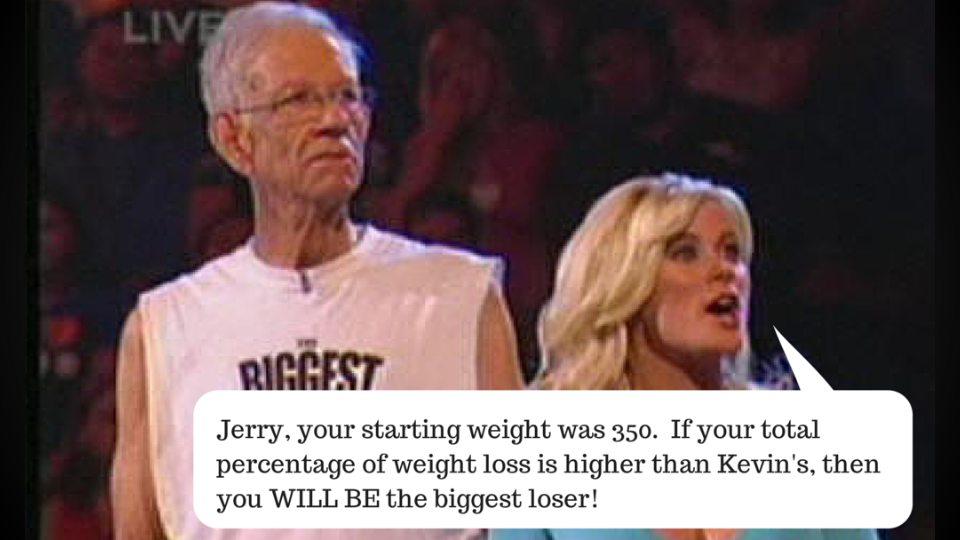 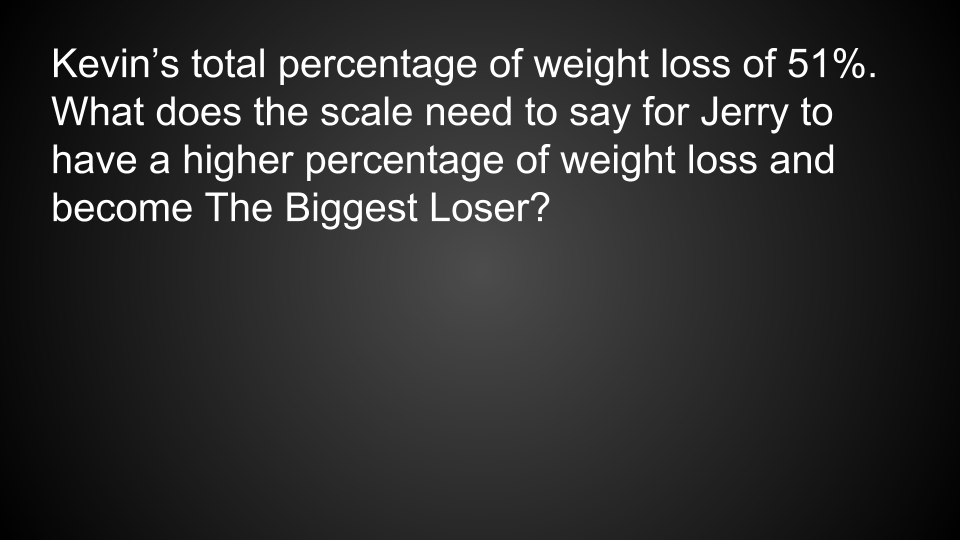