The PhotoMath App is Good, and History Says Its Here to Stay

In case you haven't heard about it yet, there is a new education app for iOS and Windows Phone devices called PhotoMath. Most basically, the app utilizes the camera on your device to recognize numbers and letters, runs an algorithm, and then displays a solution on the screen. From there you can follow the solution it generated step-by-step.

Here it is in action.

There are two ways to respond to the Photomath app, really. One is a reaction of fear, and the other one of promise. 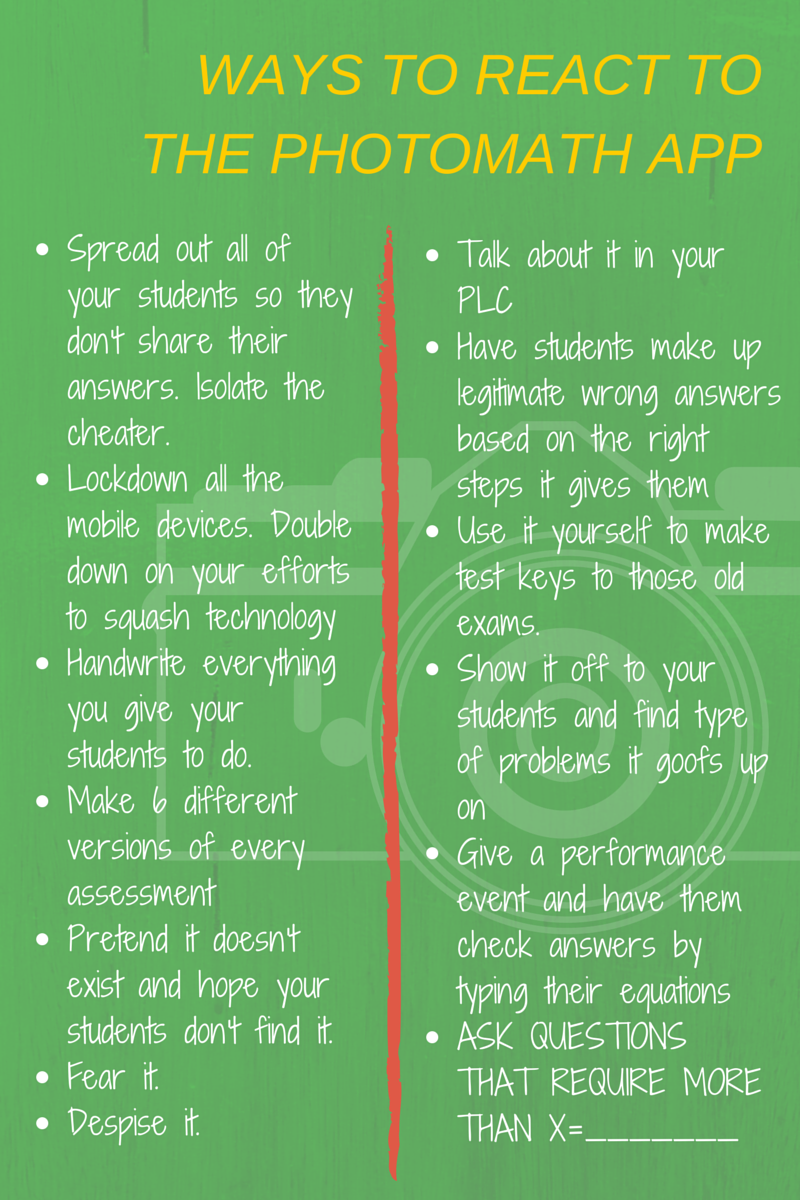 This app is really cool,  people! The computational power behind pointing a camera at an equation or expression and having it solved or simplified step by step for me (nearly instantaneously) should really impress us, right? My hope is that the PhotoMath app and it's future iterations will be the disruption in math education we've been looking for. How much longer can classrooms ignore the technology and force students to solve everything by hand (and then stop there)?

Let's look at a brief (and roughly estimated) timeline of math technology in education:

What side of history will you be on?
As I noted in the timeline above, technology to solve our kids' equations on their homework has been in their hands or laptops via Wolfram Alpha or CAS graphing calculators for years already. The PhotoMath app makes it even easier to access that power, but I think your attitude toward Wolfram Alpha should mirror the opinion you ultimately take of PhotoMath. Will you embrace the technology and lead conversations and work to push for lessons and assessment in your school that expect more of students than x=_____, or will you wait for someone else to make that decision? I think history foreshadows that you'll be dealing with it eventually, anyway.
at 22:25
Labels: #pbl, algebra, calculators, curriculum, edtech, technology