2-Way Mirror: What Dance Class Taught Me About "Each As My Own"

We had a motto (mission? slogan? value?) in my district 7 years ago when I began teaching that went something like, "Treating Every Student Like You Would Your Own." That's a great principle to teach by, but it only really works if whoever applies it HAS CHILDREN. Before (and even when they were still infants) I did a lot of things in the classroom that weren't necessarily bad, but that I would do differently now that I'm seeing my little ones grow as learners.

A couple of years ago, I got take my daughter alone to a make-up dance class during the week and watch through the two-way mirror. The experience was thrilling and nerve-racking, to watch your kid doing something they love, but not really getting to enjoy it with them. Obviously, I don't have a two-way in my high school math classroom, but how would that change my behaviors if I did? How would that change my parent interactions?

It BROKE MY HEART to sit there and watch Lucy struggle with something the other kids were having more success with (she's still working on the formal aspect of dance over improv, and this make-up class has older girls in it), but there were two things I see parents do that I did not feel because I watched it happen:

1. I didn't blame the teacher. We know that parents know their kids best, but that should also mean they know where their child struggles. I made a mental list of things I saw Lucy needs to work on.

2. I didn't blame Lucy or myself. I could SEE her effort, so I know that she needs more practice, and more feedback. We've all heard "I was never good at _______" be used as a reason for a child's lack of interest or success in math class. I've never had formal dance training, but I know watching that class that I want my daughter to feel good about herself as a dance student, so I'll do whatever I can to assist in that.

What the two-way mirror made me reflect about my own behaviors in the classroom is how much time I spend redirecting one student, again and again, at the expense of many others? Is that right, or not? How many chances does a kid deserve? (One of Lucy's go-to lines when she's in trouble for not obeying is, "Can I have just ONE. MORE. CHANCE?!") 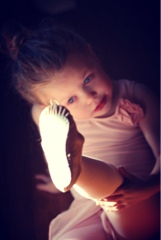 I actually started the first draft of this post a year and a half ago. It was Lucy's first experience in a "classroom" and my first experience as a parent of a "student". The conclusion I would have made then was that, yes, sometimes we need to let a kid go so the bulk of the class can get a chance to learn what they need to know (In the case of the dance class, it was particular movements, in your math class, it might be solving quadratics). I think NCLB showed us that when our strength of our focus is on bringing up the very, very bottom, that rigor of instruction gets dragged down with it.

A year and a half ago, I still wore my teacher goggles as a parent. I was disappointed Lucy wasn't keeping up, but I understood the dynamic on the other side of the mirror as the teacher repeatedly redirected her to stay on line, to listen, and to follow along. I felt more compassionate for those kids that struggle, and their parents that are doing the best that they can, but I can't say it was affecting my practice. 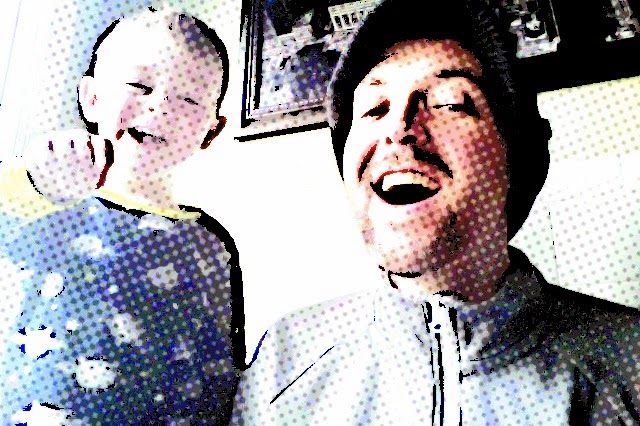 This school year, my middle child, my oldest son, started pre-k in a special ed classroom at our school district's early childhood center. We've entered the world of IEPs, progress reports, and letters home in backpacks. My wife spent a day in his classroom a few weeks ago and said he spent at least a 1/3 of his time there blowing bubbles. There's a kid in his class that struggles using "safe hands" (hitting) and with general impulse control, so I'm sure that Landon gets to spend of lot of his time on choice time because he's a nice, generally compliant kid. He generally likes school, and when a lot of his time is spent blowing bubbles and eating goldfish (his speech therapist has been giving him one for each produced sound), its no wonder!

Here's what I get now about the students in my class, and their parents' expectations -
When you work out "each as my own" in your classroom, you realize that it doesn't work best for any kid for when you attempt to put all kids into a group. Some students and families are better adapting to it than others, but "getting by" is not the way that I want to remember any of my own children's experience. When I was on the parent side of the 2-way mirror, all I wanted was for Lucy to get all of her teacher's attention all of the time. No big deal. ;)

So how does that work practically?
We have the impossible task of giving each student as individual and appropriate an experience as we can. We have to go the distance for each kid as long as I would my own children. Even if my students' parents don't have time to call me or come chat with me at conferences, they still want the best for their child, so I owe that to them.
at 08:22
Labels: class culture, learning, parents, teaching