Following a process similar to last year's, I used the fan picks on Yahoo Fantasy Pick 'Em as a "true proportion," assigned integers according to those percentages for each team, and then used the randInt( function on my TI-84 to generate a number.

This year's simulation had Arizona upsetting Kentucky in the Final Four and Duke taking the championship in the final.

Here's the whole simulated bracket. Click the image for a larger view. 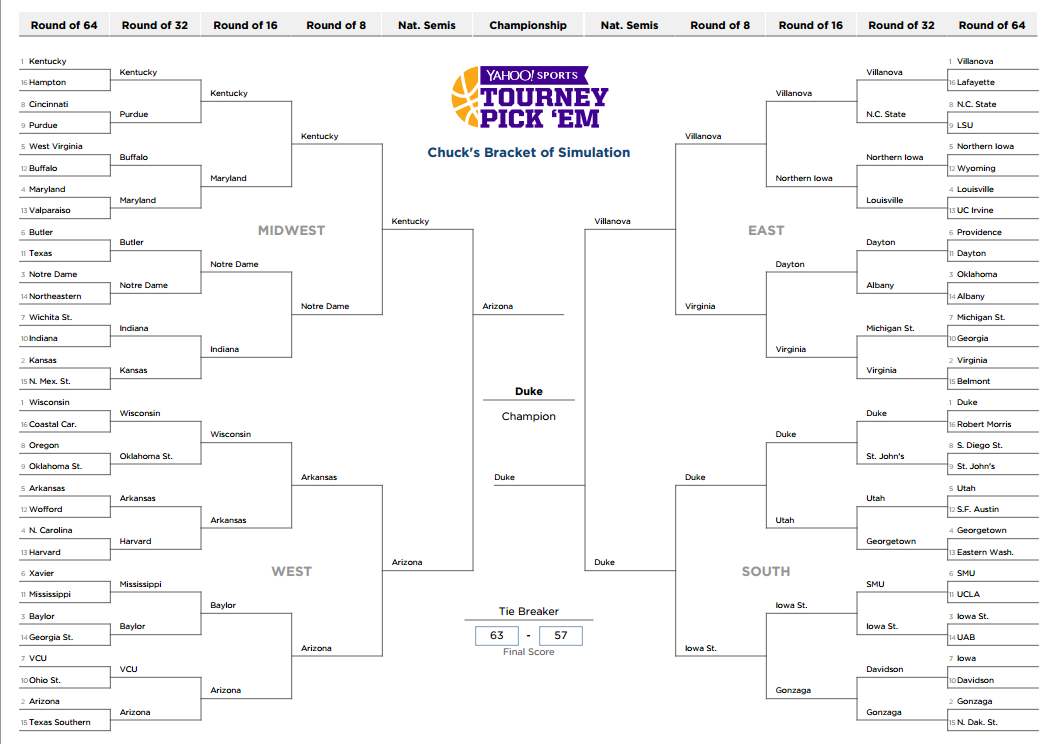