I saw this data in the St. Louis Post-Dispatch last week claiming that the Cardinals are the 6th most expensive team  to see at their home park. (the "FCI" averages all of the columns from this chart together to get an estimate of what a family of 4 would expect to spend at the ballpark.)

I have no problem with the FCI, but I wonder if this chart's reporting of "MLB LEAGUE AVERAGE" is a little off. That row looked suspiciously in the middle to me, and when I counted rows, it was indeed exactly in the middle. 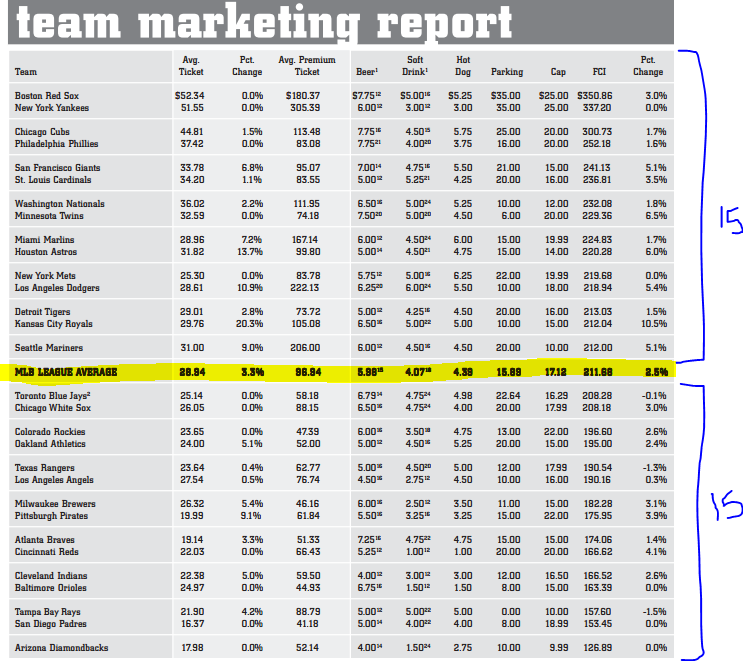 So what's going on here? Is it a misrepresentation of "average," do MLB teams attempt to group themselves symmetrically around this figure, or is it pure coincidence?

Here's the MEAN of those FCI listings by team:

Could the difference between 211.68 (reported in the table as "average") and my calculation of 211.89 be the result of rounding error in the data they used that I don't have access to in this report? Are there 21 rogue cents floating around in their numbers? 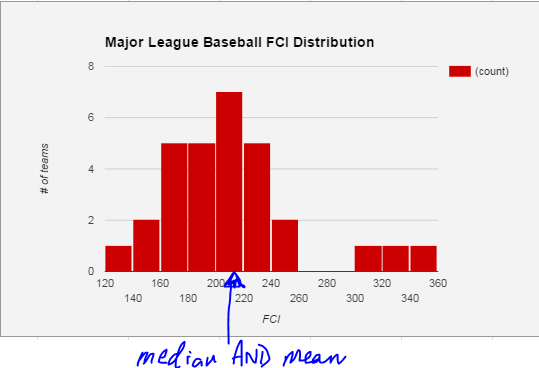 What's this mean for my students?
I think this graphic and table is a good conversation starter for both mean vs. median AND the role of rounding in getting "different" answers. What's the clue that this CAN'T POSSIBLY be the median? Its not listed in the data of course.
at 12:23
Labels: data, infographics, mean vs. median, relevance, stats