Finding or drawing political cartoons to express the absurdity or irony of a historical perspective has long been a staple of history class. I remember creating a political cartoon in my study of Romeo and Juliet 18 years ago and one of the first lessons I wrote in undergrad social studies ed classes revolved around this cartoon, published after China's first manned spaceflight: During my planning for my summer school government class last week, I wanted to think through the idea of filibuster, but I was looking for something that my students (and myself) would relate to contextually. As the print newspaper has declined in readership and influence informing the public, we've of course seen a concurrent rise in digital media and freedom/ease of expression through social media. (I did a precursory Google search before I wrote this post to see if anyone else had already written it and found this piece from journalism professor John Schacht - "Why Internet Memes May Replace Editorial Cartoons" - it didn't suggest any role in the classroom, but it exactly expressed the increasing prominence of memes beyond picture of grumpy cat.

Recently, Senator Ted Cruz gained some notoriety for reading Seuss's Green Eggs & Ham while holding the floor with a filibuster to delay vote of a funding bill for the Affordable Healthcare Act. I played this video from CSPAN of the reading, and then asked my students to create memes showing their understanding of the concept of a filibuster as part of our study of the legislative branch.

Most of my students used createameme.org - it worked well enough on the iPads - but you could use any app/website that allowed you to layer text over an image. Here's what they came up with: 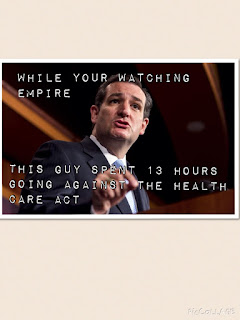 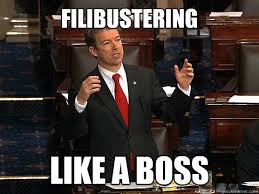 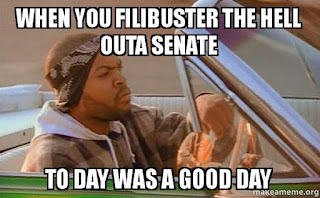 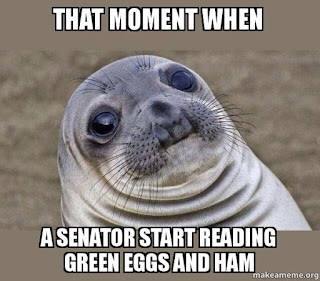 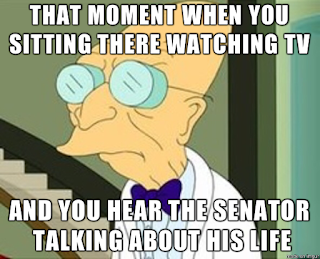 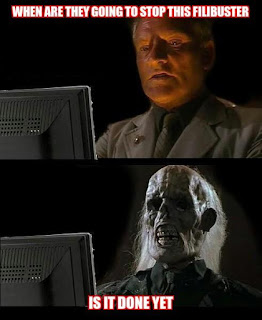 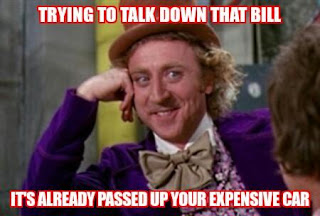 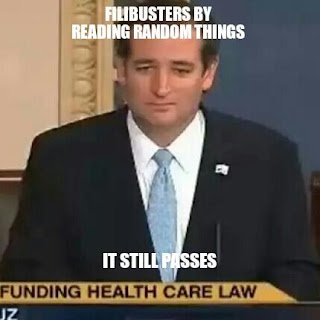 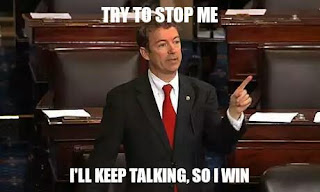 The best/worst part of this activity was the giggles that ensued the rest of class because students didn't want to get off of the meme websites. :)