What's the Theme for Your Classroom?

Anyone else like to have a “theme” or a mission for each school year to help you and your students wrap your minds around the goals you have for each other in that classroom? 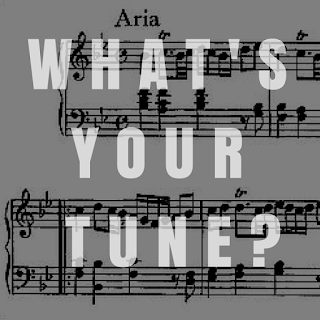 In longer musical pieces, a theme is an underlying melody that returns again and again, weaving its way through the score to interact in different tempos, timbres, and volume with the rest of the piece. In a classroom, your theme would be what you use most of the year as you make instructional decisions, what interactions you value in the classroom, and how you respond in success and adversity.

Because our schedules often change some even at semester, I will often have different themes each semester, but here’s the my recollection of some of the themes I’ve had in my 7 years in the classroom.


The Prove You Belong Here Year
I went to the University of Missouri to teach social studies and later added on math and science certifications, so a lot of my first year was about proving to myself and others that it wasn’t a mistake to hire me. But even if you went to school for what you end up teaching, isn’t this really the theme of everyone’s first year? You do your best to love your students (for as naive as you are coming into it), but its really hard to not just make sure you keep your head above water and do the very very best you can with your inexperience dealing (as an adult) with teenage hormones.


The Standards-Based Grading Year
After a day of in-service from 2 Biology teachers in my building that had implemented standards-based grading into their curriculum, I jumped headfirst into feeling my way through doing the same with my students. There was a lot of (in my opinion) superflous data tracking on spreadsheets that they did (and the legacy continues upstairs in the science department), but the retake-prove you know what you know methodology behind it had me hooked. I spent a lot of this year convincing counselors, parents, and students that it really was for the best for the kids, and that yes, even though a kid with a 58% and a 20% on an assignment got the same grade in the gradebook, the 58% kid just has a little to remediate before improving their score, and that they would get rounded up in spots, too. The blog of Shawn Cornally was invaluable that year as I paved the SBG path (in the math department at least) on my own


The iPad Year
I got my class set of iPad 2s in January of 2011, so this year was really a year and a half. In this year, I completely rearranged my room to facilitate more collaborative work and as many tables as I could squeeze into my tiny room so that kids could spread out their materials without worrying about knocking the iPads on the floor.


I also went out of my way to use the iPads as much as I possibly could, figuring out what did and did not work for tablets in a math class. There was some wasted instructional days this year from doing things on the iPads that were awkward because the technology just wasn’t quite there yet or because I under/overestimated my students’ ability to seamlessly use the technology, but overall I think I took away valuable lessons to share with other teachers in my district that were starting to roll out some carts in their buildings


The kids in this class were also overwhelming flexible with me making mistakes because as the only one in the building with iPads, they knew they were privileged and that I was kind of making it up as I went along. :)


The Reading and Writing Years
Part of my iPad training was to get a semester long graduate credit through a 6 session course with the Gateway Writing Project and UM-St. Louis called, “Writing That Works” (That’s right, my IPAD training was about writing.) It was actually a transformative experience in my teaching however, because it was the first time I had REALLY been able to take some things I’d learned in my social studies teacher education (reading for understanding, group brainstorming, analyzing arguments, offering critique) and think through how those ideas can work in a math class.


This most often manifested in having kids explain their reasoning and tirelessly working on improving working vocabulary from “move that over here” to something more like, “add 4 to both sides to isolate the variable using the addition property of equality,” but it was baby steps toward behind more comfortable with having kids write longer pieces in my Stats classes as they explained experimental designs and analyzed data.


One of my METC sessions in this period was about using tech to get “The Daily 5” literacy techniques (1) in a math class, and (2) facilitated by technology.


The Ask Questions that Aren’t Google-able Years
This is my current quest that is carrying over from last year. Spring and summer of 2014 I had a great opportunity to work with Pathways to Prosperity in their teacher program aimed at getting educators up-close experiences in different facets of industry in order to go back and better craft PBL lessons aimed at replicating those experiences as best they could and reinforcing “soft” skills that NCLB kids are seriously lacking as the first generation of multiple-choiced-to-death-tested graduates.


Out of that experience I resolved that I wanted to work with data (real or made up) as often as possible in algebra when modeling and solving equations, that deriving and memorizing formulas was not nearly as important as being able to know when and how to flexibly apply them, and that whenever my kids begged for worksheets back, I was probably doing exactly what I needed to. I think the kid that begs for a worksheet is almost primed for a learning breakthrough - they want to be successful, and they think that’s the answer because its a little safer and more familiar to their experiences.


The Beta Years
A sub-theme to spring 2015 and this coming school year is the idea of “being beta.” I laid it out here in more detail last January, but its the idea (supported by the methodologies of standards-based grading,) that NO ONE is ever a finished product, and that the ways we grow fastest and more frequently improve ourselves with new “features” is to have an attitude that failure is just an opportunity to figure out what mistake to not repeat.
The best thing I did to reinforce this last year was to have students reflect toward the end of the year on what “beta” things they did that semester to improve and to then share the list I had compiled for myself. The worst thing I did related to this theme was waiting until the end of April to do it. :) There were a few kids that I had lost while doing non-traditional projects or treatments to content that understood the whole process and my heart in it after I’d shared my own list.


So what’s your theme for this year?


For me and my colleagues (besides what I just listed above), the spectre of #Ferguson and social justice continues to hover over us, but in a good way. We all understand our students a little bit better and want now, more than ever, to do the very best we can for them as a matter of equality than just professional code or intrinsic motives to "change the world."