The list of things my 6 year old daughter enjoys is pretty short:

Step into the big box toy aisle, and you'll see many kinds of "gendered" toys on the shelves (although Target recently took steps to dial that back), and that makes some feminists angry (take this blogger, for example). So what are we to think? Do we benefit culture by creating only "gender-neutral" toys, or is there a loss we suffer?

I'm in the camp of appreciating "girly" toys. My daughter likes Lego. My daughter likes Disney Princesses. Why can't she have both? She may play differently with her Lego sets than my 4 yo old son, who prefers to just build-teardown-build, but having "girly" STEM-oriented toys allows her to play longer at one activity and broadens her interests. Rather than putting her in a "these are girls toys" box, it actually expands her playset (and worldview). 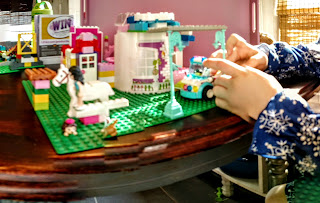 So that's play in our house. We bought the Studio set from STEM toy brand Roominate for Christmas, knowing that she would enjoy putting something together, playing with the characters, and putting together the small, battery powered motor included in each kit.

We had a good time playing with the kit, and I stayed as hands off as possible. She was able to put together most things that she wanted to, and even learned how to put in batteries! (I'd never bothered with that before because nothing had been "hers" to do that with.) She learned a bit about electricity with the motor, battery, and switch, and practiced a lot of problem solving skills as she worked on getting her fan blades to spin freely with the motor. 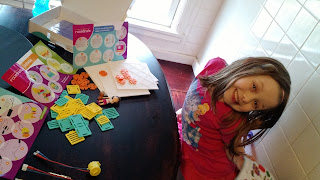 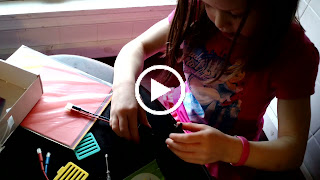 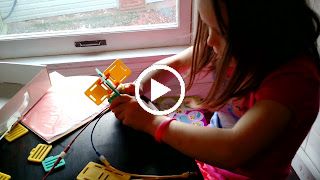 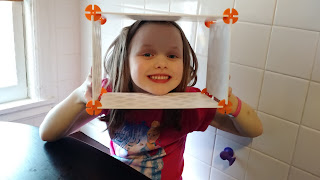 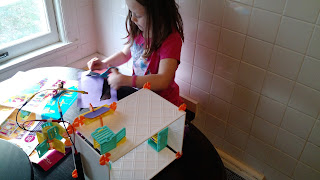 The helicopter/submarine/airplane kit was much more difficult, however. It had specific instructions, which was good practice for following directions, but required lots of wiring stuffing that was hard enough for me, let alone a kid. She got really frustrated, I tried to encourage her that the box said a 6 year old should be able to do it, and then she reminded me "just turned 6!" (which was true. LOL). So this was one less hands on, for sure. Here's a Periscope of me assembling the "airplane" so you can get an idea.


Beyond the specifics of these Roominate kits, what was interesting to me is that Roominate is quite clear about advertising their products as "for girls!" and I think that's cool.